Voters arrived at Kirkwood Adams Community Center in Roanoke Rapids, North Carolina, to participate in the early voting process on Oct. 15. Election officials in Halifax County, North Carolina, have reduced the number of polling places by a quarter since 2012. (Richard Holm/The Daily Herald)

In a North Carolina county, polling places have shuttered, and voter turnout has decreased. 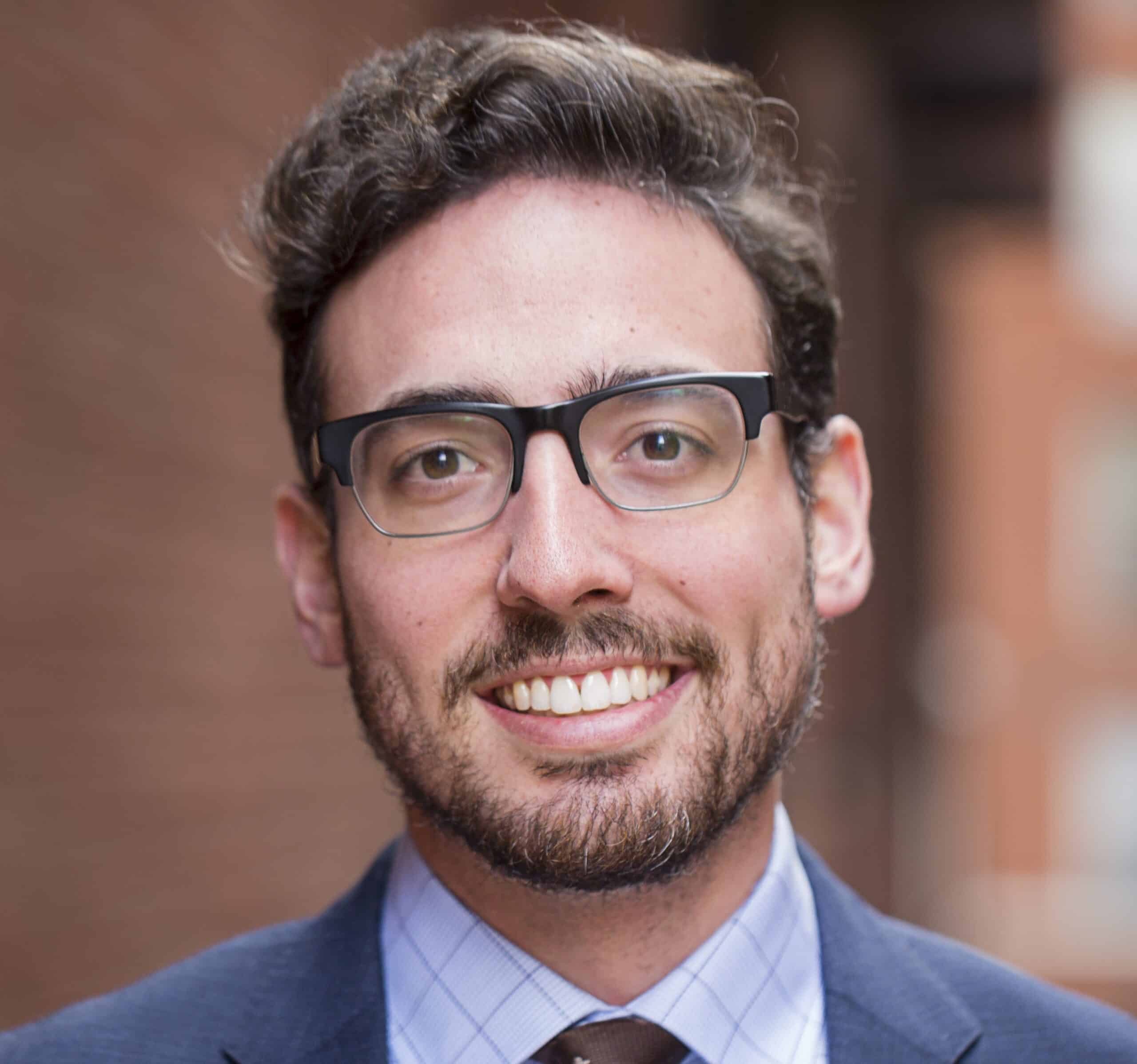 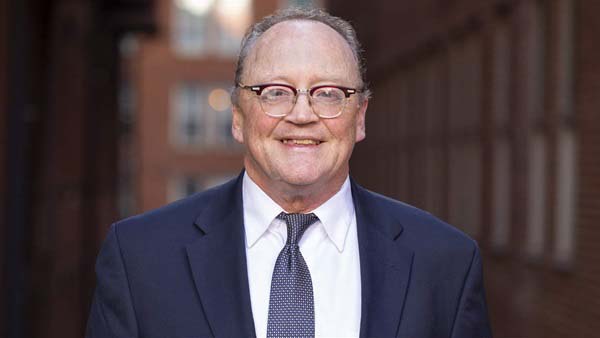 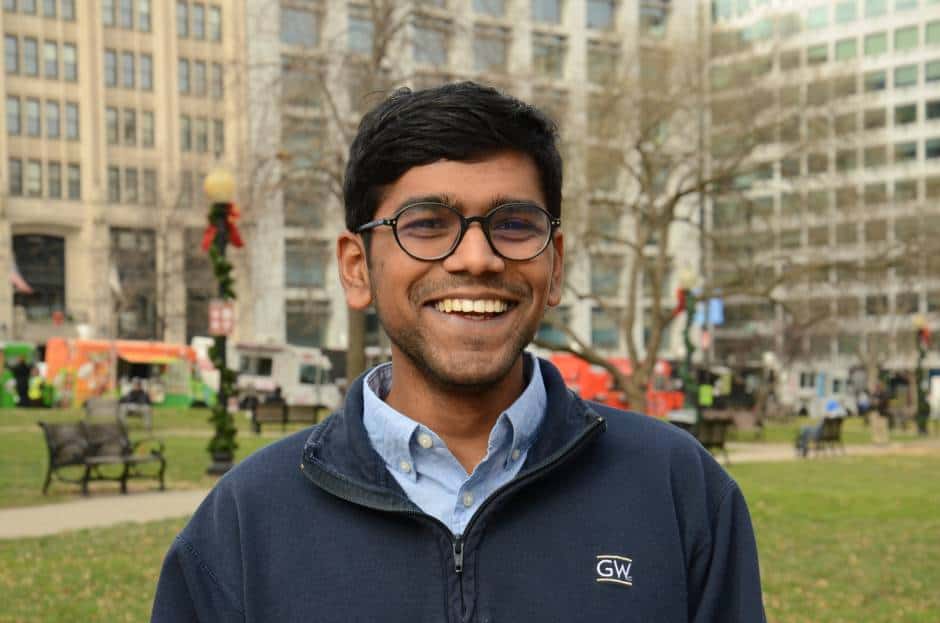 This article was published in partnership with Stateline.

When she talks to friends and neighbors about voting on Election Day, Ophelia Gould-Faison likes to offer a bit of advice: “Bring your patience, your meds. Breakfast, lunch, dinner. Bring a chair. And wear Depends.”

Gould-Faison’s precinct in Littleton, North Carolina, has been combined with another nearby one this year, moved from the rear of the town hall into a church that will have nearly 3,000 voters assigned to it. She wants voters to be prepared for lines, just in case.

As Gould-Faison, a town commissioner, put it, polling place pickings are slim in Halifax County, a largely rural county in the Roanoke River basin near the Virginia border where more than half the residents are Black, according to U.S. Census numbers.

In poor, rural counties like Halifax, election challenges loom large. Not only are there no stadiums to serve as polling places, but there often are not enough suitable, well-located public buildings that work either. Distances are vast, and poll worker positions are hard to fill. Voting is far more complicated than walking to a neighborhood polling place.

Since 2012, Halifax County has reduced the number of Election Day polling places by nearly a quarter, from 25 to 19, a Center for Public Integrity/Stateline analysis of polling place data found. Voters saw the average distance to their polling place increase about four-tenths of a mile between 2012 and 2018 — the second-largest jump in the state after Cleveland County, on the South Carolina border.

The Supreme Court’s 2013 decision in Shelby County v. Holder eliminated the Voting Rights Act requirement that jurisdictions with a history of racial discrimination seek approval from the federal government for changes to voting practices. Since then, the 40 North Carolina counties previously subject to the requirement — including Halifax County — have collectively reduced the number of polling places by about 5%, the Public Integrity/Stateline analysis shows. Halifax, for example, has six fewer polling places, tied with one other county for the largest number of reductions out of those previously covered by the requirement. Four of the six have been closed or consolidated since 2018.

The Halifax County changes have taken place across racial lines. Black residents in Halifax, though, are more likely to be poor — about 32% live below the poverty line, compared with 15% of white residents, according to the North Carolina Justice Center, an advocacy nonprofit.

“I think that the same kinds of issues that drive voter access are actually exacerbated in rural areas,” he said. “Getting from point A to point B is simply more difficult in Halifax County than it is in Mecklenburg County,” the urban North Carolina county that encompasses the city of Charlotte.

U.S. Rep. G.K. Butterfield, a Democrat who has long represented the county in Congress, said when it comes to providing opportunities for voting, rural low-income counties such as Halifax and neighboring Northampton, which also has reduced the number of polling places, “are at a huge disadvantage, and I just think we have to really study the issue to find some creative ways of locating precincts or polling locations in accessible locations.”

Many of the Election Day sites consolidated in Halifax are near one another, but not all. In the city of Roanoke Rapids, election officials relocated voters to a polling place more than 3 miles from the previous site — to a fire station that also serves another precinct. They made the change after the church that had hosted the precinct decided to stop and election officials said they were unable to find a closer replacement that was suitable.

Between the general elections in 2012, when the precinct voted at the church, and 2016, when it voted at the fire station for the first time, turnout for the relocated precinct fell from 79% to 56%, according to a Center for Public Integrity/Stateline analysis of turnout data obtained from the state. Between the midterm elections in 2014 and 2018, it fell from 51% to 33%. For both periods, that was the biggest turnout decrease of any precinct in the county.

Local election officials said they don’t think polling place consolidation had much to do with the turnout drops. Instead, Clarence Pender, a Black Democrat who is a longtime member of the bipartisan county elections board, said there is “a mindset with a lot of our people that their vote is not going to count.”

But this year in the Tar Heel State, a closely watched presidential battleground with a competitive high-profile U.S. Senate race, every vote matters. Organizers and political parties are urging rural Black voters to cast ballots. Halifax County voted for Democratic presidential nominee Hillary Clinton in 2016 with 62.6% of the vote.

In many of North Carolina’s rural counties, including Halifax, the population is shrinking and aging, but the number of registered voters in the county has remained relatively steady, according to a Center for Public Integrity/Stateline analysis of voter registration data tracked by the state board of elections.

The county is ranked among the poorest in the state, and public officials said they have limited dollars to meet a long list of needs.

About a quarter of Halifax County residents spend more than half their income on rent, far above the one-third of take-home pay housing experts say is manageable. More than half of the county’s residents are considered low income and more than a third of adults lack basic literacy skills.

Butterfield knows the county well. In the 1980s, Butterfield, then a civil rights lawyer, brought a voting rights lawsuit against Halifax County that ended in a settlement requiring some members of the county commission to be elected from districts rather than at large. Last year, he successfully lobbied the House Administration Committee’s subcommittee on elections, of which he is a member, to hold one of a series of hearings on voting rights in Halifax County.

As a state superior court judge for more than 13 years starting in 1988, including in Halifax County, he found defendants were sometimes late to court because of a lack of transportation. “Quite often, people would say they had to find a ride to get to court, or they had to hitchhike,” he recalled. “They had to put a few pennies together and pay” someone for a ride.

That’s still true today, said Kristin Scott, the county elections director, and is one reason why she tries to avoid increasing the distance between voters and their polling places whenever possible.

Halifax is among four counties tied for the worst access to personal vehicles in North Carolina — 12% of homes have no available vehicles, an unusually high number more often seen in urban areas, where residents have more public transportation options, according to 2018 U.S. Census Bureau data.

Many parts of the county have few public buildings that meet requirements for polling places, such as having access for people with disabilities and offering sufficient parking, Scott said.

Take the Roanoke Rapids precinct that was moved to the fire station. Scott and Marilyn Harris, a former Democratic member of the Halifax elections board, said that before the Roanoke Rapids precinct voted at the fire station and the church, it voted at a farmers market that didn’t have heat in the winter. Precinct officials struggled to manage in bad weather, Scott said. Cords for electric heaters were a safety hazard, Harris said, so the precinct moved to the church until it decided to no longer serve as a polling place.

When the county first moved those Roanoke Rapids voters from the church to the fire station, Scott said, the state wouldn’t approve formally consolidating the precincts because together they totaled more than 4,000 registered voters. So, the fire station was set up to accommodate two separate precincts.

This year, the number of registered voters dropped, and the state approved the consolidation of about 3,900 voters, which will allow Scott to more efficiently manage voter traffic, she said. It’s now the county’s largest polling place.

For some voters, the switch to the fire station means “a good little drive for them,” Scott acknowledged, “but in the district there are no other places to go.”

In some precincts, such as Gould-Faison’s, the lack of possible polling-place sites meant the county had to assign voters to a polling place in an adjacent precinct. As a result, two precincts voted at sites essentially across the street from each other. For this year’s election, the county consolidated them into a single precinct and one polling-place site, prompting Gould-Faison’s worries about long lines. She said she voted early this week and has been encouraging others.

Both Scott and Pender also stressed it can be difficult to find poll workers. By law, the county needs three workers at each polling place, but both said there have been occasions when workers failed to show up and polling places operated with fewer people than required.

“By consolidating, we have a larger workforce with a smaller number of precincts,” Pender said. He added that the elections board also has to be mindful of cost.

North Carolina has been the center of increasingly bitter partisan battles over voting rights for years, and courts have found some measures that intentionally tried to disenfranchise Black voters.

To be sure, research into polling place changes in North Carolina since the Shelby decision has found no evidence of partisan motivation for the changes. A separate study concluded the effects of changes in Election Day polling places in the state have been generally offset by growth in early voting. But an analysis this year by the Brennan Center for Justice at New York University Law School found “tremendous disparities” in Election Day resources among counties.

In places like Halifax, costs are a major issue. Two years ago, the county cut its three early voting sites to a single location, citing an inability to pay unexpected expenses after the Republican-majority state legislature, along party lines, passed a requirement that all early voting sites be open for a uniform number of hours. An analysis by The News & Observer subsequently found Halifax County ranked last among the state’s 100 counties in percentage of registered voters who voted early in 2018.

This year, Halifax opened four early voting sites, though the percentage of voters casting early ballots still puts it in the bottom 15% of counties as of Wednesday, according to data compiled by the U.S. Elections Project, a website tracking early voting data run by Michael McDonald, a political science professor at the University of Florida.

Gladys Walden, the chair of the county Democratic Party, said she’s nonetheless encouraged by the turnout, and the party is continuing to urge voters to cast ballots before Election Day if possible. Consolidated precincts have meant fewer spots for people who want to participate with the party, such as precinct chairs, which concerns her somewhat, Walden said.

“I want people to stay interested in the political workings of the county,” she said.