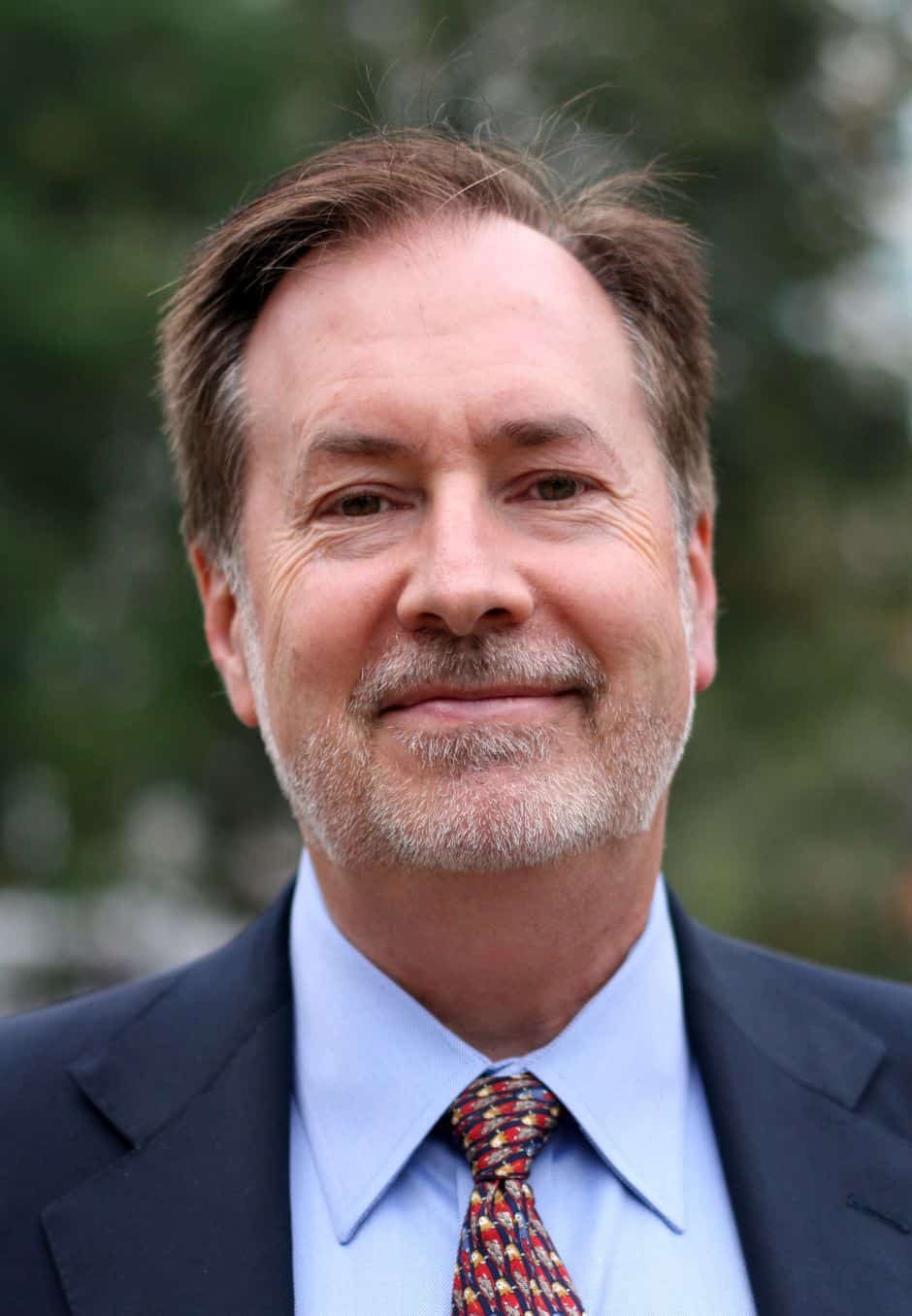 The top Pentagon official responsible for disbursing the aid complained to colleagues and the White House Office of Management and Budget that OMB’s top lawyer had consistently misunderstood or mischaracterized how urgently the aid must be disbursed to comply with Congress’s orders, as the law required.

“We have repeatedly advised OMB officials that pauses” in the aid beyond mid-August would violate the law, said a draft letter prepared late that month for the deputy secretary of defense to send to OMB’s acting director, one of the emails said, according to an account of the contents published Thursday. “OMB continues to ignore our repeated explanation,” the Pentagon’s comptroller, career employee Elaine McCusker, told colleagues in late August.

The contents of the emails sent between OMB and the Pentagon about the aid holdup — the basis for Trump’s impeachment last month — were censored by the administration when copies were provided on Dec. 20 to the Center for Public Integrity under court order, following a Freedom of Information Act lawsuit it filed. Public Integrity has challenged the redactions in court.

On Thursday, Just Security, a blog run by New York University’s law school, published some of the redacted passages in the emails provided to Public Integrity after an unnamed source provided copies of the original emails to one of its reporters, Kate Brannen, a fellow at the Atlantic Council.

“In light of these new developments, we’re considering our legal options in our fight with the administration,” said Public Integrity’s CEO, Susan Smith Richardson.

According to the new disclosures, McCusker also accused OMB’s top legal counsel, Mark Paoletta, a politically appointed former aide to Vice President Mike Pence, of proposing to lie to the public about the status of the aid holdup and its consequences when news about it first emerged in a Politico article on Aug. 28.

The “talking points” meant for distribution to reporters that Paoletta circulated for review were “just not accurate,” McCusker said in an email to another OMB political appointee, and the agency was still ignoring what the Pentagon had been saying for weeks about the aid and the deadlines for its delivery.

The wording in the protests sheds new light on the sharp divisions inside the government — largely between a small coterie of Trump’s political aides and a much larger group of longstanding national security officials — created by Trump’s decision to stop hundreds of millions of dollars’ worth of aid that had been overwhelmingly supported by Republicans and Democrats on Capitol Hill.

Brannen said she could not turn over the new copies of the unredacted documents but that she had seen them herself. Asked about the new disclosures Thursday, Air Force Lt. Col. Carla Gleason, a Defense Department spokeswoman, wrote in an email to Public Integrity that the Pentagon “has been clear all along” about the importance of supporting Ukraine and keeping pressure up on Russia, and that “in that spirit” it worked to “expedite the implementation of these programs.”


The true purpose and rationale for the White House’s holdup in early July of $391 million in security assistance and weaponry for Ukraine has been politically disputed for the past four months but played a major role in Trump’s impeachment on Dec. 18. The articles of impeachment approved by the House’s Democratic majority cited Trump’s “abuse of power” by holding up the aid to force Ukraine’s president to make announcements meant to assist Trump’s reelection campaign, and his “obstruction of Congress” in blocking the disclosure of information by OMB, the Pentagon and other federal institutions related to the aid holdup.

Trump and his Republican supporters have denied that he did anything improper, and said the aid to Ukraine was withheld only so the government could examine whether it was being properly spent. Under a law passed in 1974, the Impoundment Control Act, ensuring appropriate savings from government “efficiencies” is one of only a few reasons why the executive branch can legally hold up spending — like the aid package for Ukraine — that Congress has already approved.

Paoletta said in a December statement to congressional auditors that the purpose of the holdup was to engage in a “policy process” meant to assess facts and ensure the funds would be effectively spent. But nothing in the emails provided either in redacted or unredacted form sustains this claim. Instead, the only policy process they depict is one in which virtually all of Trump’s aides, outside his closest political appointees, try to convince him that the holdup makes no sense on national security grounds and would violate the law barring funds impoundments.

Although Secretary of Defense Mark Esper expressed no initial concerns about the holdup when he was told in late July, for example, he was briefed by colleagues so he could raise concerns about it with Trump at a meeting with him on Aug. 16. When the topic did not arise there, Esper and Secretary of State Mike Pompeo met with Trump to discuss it on Aug. 30. But, in a passage redacted from the emails provided to Public Integrity, senior OMB political official Michael Duffey reported to McCusker that there was “Clear direction from POTUS [Trump] to continue to hold.”

Throughout July, August, and early September, McCusker — as the Pentagon official chiefly responsible for disbursing congressionally approved funds — repeatedly emailed OMB officials with warnings that any holdup beyond mid-August would prevent them from disbursing all the aid before the end of the fiscal year on Sept. 30, when the funds would expire in violation of the impoundment act. She reminded OMB that under the law, it would have to tell Congress that the funds were being diverted to another program or were being deferred.

But no such notice went out, because Trump’s senior appointees didn’t want to say publicly what they were doing (one of them, OMB official Michael Duffey, asked on July 25 that the information be “closely held to those who need to know to execute the direction.”)

The disclosures also make clear that the Pentagon and the Defense Department sparred over the precise wording of the statements used to hold up the spending, with the Pentagon requesting after mid-August that OMB acknowledge in writing that further delay would risk a violation of the law.

“We have repeatedly advised OMB officials that pauses beyond Aug. 19, 2019 jeopardize the Department’s ability to obligate…[Ukraine] funding prudently and fully, consistent with the Impoundment Control Act,” McCusker wrote in an email sent to Duffey on Aug. 27, according to a passage quoted by Just Security.

Duffey and his colleagues ignored McCusker’s demand that they provide a justification of the delay to Congress and sought in early September to pin responsibility for failing to comply with the impoundment act on the Pentagon, rather than the White House. “If you are unable to obligate the funds, it will have been DOD’s decision that cause any impoundment,” Duffey said in an email on Sept. 9, two days before the funds were released under congressional pressure, according to the new disclosures.

McCusker’s reply, which the Justice Department censored in the documents it provided to Public Integrity, was “You can’t be serious. I am speechless,” the new documents reveal.

Daniel Stevens, executive director of the Campaign for Accountability, a Washington-based government watchdog group, said the new disclosures indicate the redactions made by the Trump administration in documents it provided to Public Integrity were unfounded.

“Federal agencies should not be able to hide behind the FOIA to prevent unflattering facts from being released to the public,” Stevens said. “These documents provide crucial information about how the Trump Administration ignored a congressional requirement to spend government funds … Federal agencies must be held accountable for attempting to withhold information from the public through unfounded redactions.”

Rep. Adam Schiff, D-Calif., who chairs the House Intelligence Committee and led the impeachment inquiry, said in a statement, “The disclosure of these incriminating documents reinforces the need for all of these materials to be produced. It is clear that the Administration redacted highly-incriminating information” in what it provided Public Integrity at the court’s direction. He said the documents “show a compelling desire to prevent Congress from finding out” about the aid halt.

The holdup of aid to Ukraine falls ‘squarely’ into the definition of an illegal act, congressional auditors say, addressing a matter at the heart of a Center for Public Integrity lawsuit