His speech repeats the challenging goal that President Reagan announced almost 36 years ago, which remains unmet. 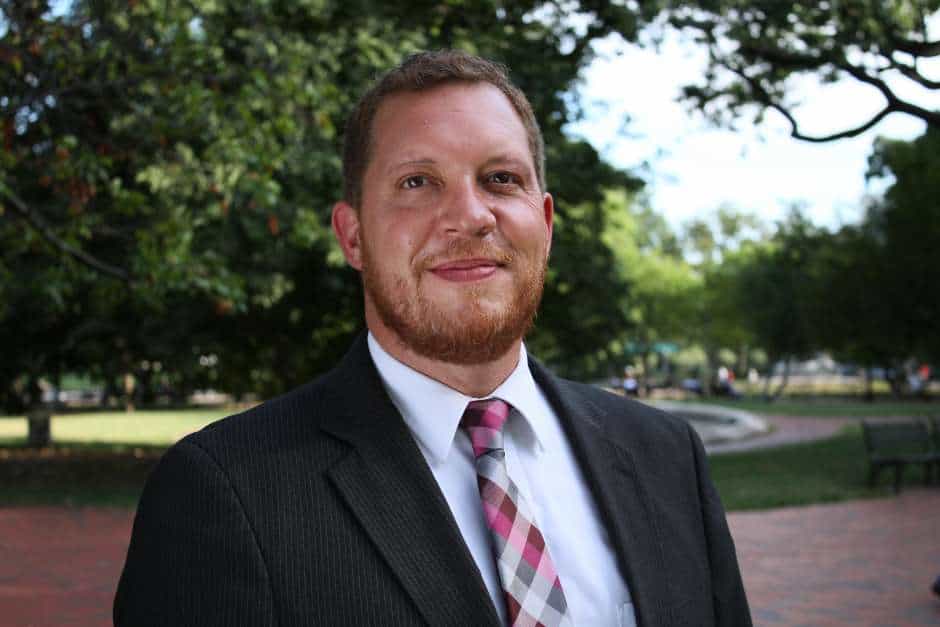 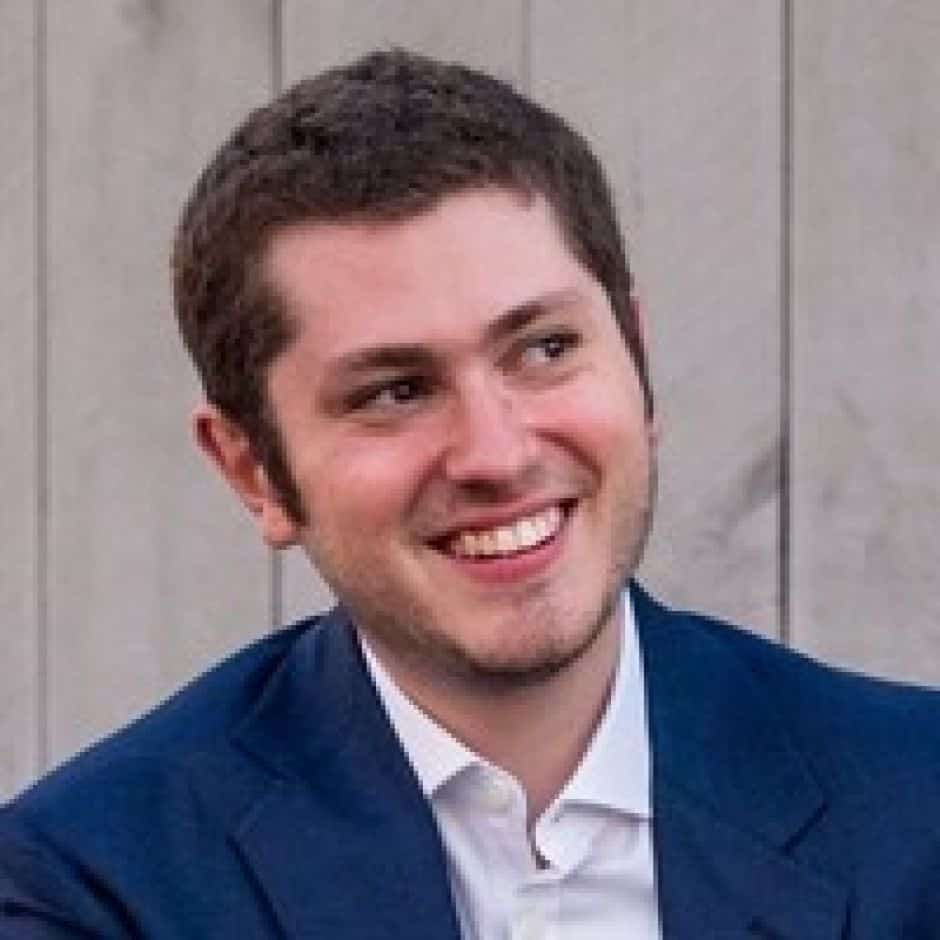 President Donald Trump on Jan. 17 unveiled an expansive new military doctrine that calls for the country to be able to block all enemy missiles, a challenge that many experts say exceeds what’s technologically feasible or affordable and also upends longstanding policy about keeping missile defense limited to avoid setting off a new arms race.

In a speech capping a lengthy policy review by his aides, Trump declared that “our goal is simple, to ensure that we can detect and destroy any missile launched against the United States, anywhere, anytime, anyplace.”

That’s a much more ambitious task than the Pentagon’s existing missile defense mission to detect and destroy a relatively small volley of ballistic missiles launched by accident or deliberately from countries like Iran or North Korea. That mission has already consumed over $200 billion and had only limited success, producing several dozen missile interceptors that have worked half the time in major tests.

Trump’s demand in theory would require the construction of a much more robust and costly missile defense system capable of completely blocking an attack by thousands of Russian and Chinese missiles – not just those deployed by smaller powers. And officials said the new program will be aimed at developing technology to defeat not just ballistic missiles launched on intercontinental trajectories, but also cruise missiles and hypersonic missiles, which could be launched from land, sea, and air to reach the United States from many directions.

No one thinks this is possible now, and some experts say it will never be. Aides said the speech, which Trump delivered from a windowless Pentagon auditorium to a polite audience of senior military officers and top civilian appointees, was meant to kick off years of increased spending and more earnest work, not presage the imminent deployment of a workable system.

“We’re not talking about going straight from the missile defense review report to an objective system,” Michael Griffin, the Pentagon’s research chief, told reporters at a briefing after Trump’s speech. Griffin, who was the chief scientist in President Ronald Reagan’s Strategic Defense Initiative – also aimed at building a comprehensive missile defense – explained that “you’ll start to see” new experiments, not new weapons, at the outset.

Subscribe to the Watchdog newsletter to get our latest news and updates.

To get where Trump wants to go, Griffin and others said, new sensors and eventually weapons would have to be stationed in space. New weapons – such as advanced lasers – to destroy missiles shortly after their launch (while rocket engines are still firing in their so-called “boost phase”) or during their flights –would have to be developed. And at least some new sensors and interceptors would likely have to be deployed on allied territory. Trump said the United States will “prioritize the sale of American missile defense and technology to our allies and to our partners,” but that he would not give it away for free.

Others expressed skepticism about the feasibility of the project. Many critics noted that six years ago, an expert group convened by the National Academies of Sciences (NAS) concluded that boost-phase intercept, “while technically possible in principle… is not practical or feasible” for any of the missions the study group examined, particularly if anti-missile interceptors are deployed on the ground. Although it said a constellation of satellites armed with lasers or other directed-energy weapons was a more sound option, the group concluded it would cost nearly $300 billion over 20 years, a price that rendered the idea “impractical.”

“The Department of Defense should not invest any more money or resources in systems for boost-phase missile defense,” the NAS group said, emphasizing that developing those systems “is not practical or cost-effective under real-world conditions for the foreseeable future.”

Officials at the Pentagon declined to provide current cost estimates after the speech, although Griffin has said that the space-based sensor system he prefers could be deployed for tens of billions of dollars.

Besides ordering a raft of new scientific studies aimed at honing in on the right weaponry in the next six months or so, Trump’s plan specifically committed to deploying 20 new missile interceptors at Fort Greeley in Alaska, where more than 40 such missiles are deployed now.

Administration officials considered ordering more for a new site that could be located somewhere on the East Coast, but deferred it for now. The plan also orders the development of new missiles that could be fired by F-35 jet fighters against incoming cruise missiles.

A 82-page summary of Trump’s new policy states that the threat to America from Russian and Chinese missiles is increasing, and that America has not kept pace. It says that building a reliable missile defense will give the U.S. increased diplomatic leverage and “may also help dissuade missile proliferation among potential adversaries by reducing the political and military value of their missiles.” Rep. Mike Turner, R-Ohio, a missile defense enthusiast on the House Armed Services subcommittee on strategic forces, told reporters at the Pentagon after the speech that “missile defense is not provocative, it is absolutely defensive, and I think that’s what we heard today,” Turner said.

But the new Democratic chairman of the House Armed Services Committee, Rep. Adam Smith, Wash., said in a written statement that Trump’s plan will only lead to a new arms race. It could “incentivize Russia and China to increase the number and capability of their nuclear weapons” in a bid to overwhelm whatever missile defenses eventually get deployed, he said, even though the defensive weapons might not actually work, based on their low performance in past tests.

“We need to know that we are putting scarce taxpayer dollars to good use, rather than rushing to buy and deploy unproven missile defense systems,” Smith said.

Joe Cirincione, president of the Ploughshares Fund, which lobbies for nuclear arms reductions, said Trump’s vision of an impregnable shield against every type of missile coming from anywhere in the world “is simple to say. It’s impossible to do….The history of ballistic missile defense in the Department of Defense is one of hype and promise followed by deployment of very limited capabilities.” Like Smith, he warned that “it’s far cheaper for an adversary to improve its offensive capabilities” than to develop ways of defeating them, Cirincione said.

Riki Ellison, executive director of the Missile Defense Advocacy Alliance – a nonprofit supported by the defense industry that promotes more spending on missile defense, said developing an air-to-air interceptor that can be fired from F-35 bombers, space sensors and a ground-based missile defense that can be integrated with offensive capabilities will give the U.S. new tools that are different from the contemporary technology critics have called into question. “This looks to be a more efficient, cheaper and more effective way to fight,” Ellison said, noting “there’s high confidence” in the capabilities that will be developed.

Trump’s speech rolling out the review was a historic moment for the missile defense movement, Ellison said.  He’s hopeful that the weight of Trump’s endorsement will help get the priority objectives of the review gain funding from Congress. “Industry, obviously, is excited to go forward,” Ellison said.

Cirincione had a different perspective: “This is basically just a program that’s going to keep defense contractors employed into the future without ever having to produce something that works.”

Pentagon spells out its rationale for embracing artificial intelligence

Overwhelming majority believe U.S. should remain in controversial arms accord

Trump wants out, says Russia has violated treaty’s terms, but even most Republicans oppose withdrawal.

I am too stupid to judge a so sophisticated technology but aware enough to see that an Arms Race is indefinite and that Stones and Firecrackers still instill PANIC and FEAR in Israel despite her Pharaoh Armada.

The best defense is NON AGGRESSION and Coexistence/Good Neighborhood!
The US has for too long cried foul & IMAGINED/CREATED 1001 THREATS while aggressing/bullying other neighbors! In the M.East under the conduit & for the SAKE of Israel this has worsened!

America has been HIJACKED! She must rerturn to her Values and the “LAST BEST HOPE ON EARTH” she wishes to & could be!