In a severe outbreak, we could be short hundreds of thousands of life-saving breathing machines. In rural areas, some hospitals might have to fend off the virus without a single one. 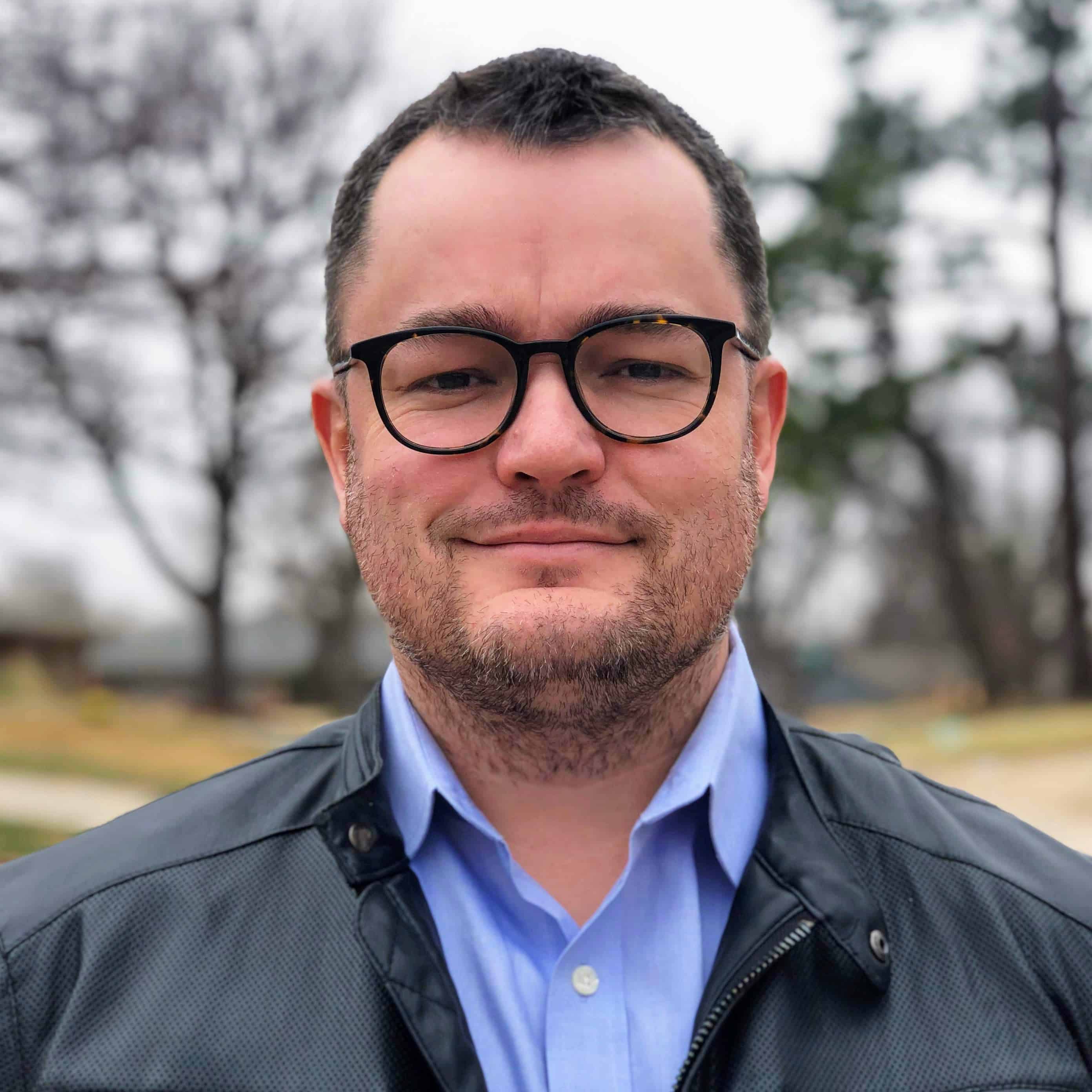 This article is published in partnership with HuffPost.

Are you a health worker, medical provider, COVID-19 patient or federal employee on the front lines of the pandemic? Help our reporting by filling out this form.

That’s the total number of breathing machines that sit in the Strategic National Stockpile, the government reserve meant to fortify overwhelmed hospitals in a crisis. It’s a small supplement to the U.S. medical system’s estimated 160,000 or so ventilators — many already in use — and not nearly enough to help patients survive a severe outbreak of coronavirus infections, health experts say.

The previously unreported stockpile number, confirmed by a U.S. Department of Health and Human Services official who works with the reserve program, shows just how few ventilators are available to a national health system bracing for the full impact of the coronavirus.


The U.S. could have as many as 742,000 patients who need ventilators in a severe outbreak similar to the 1918 Spanish flu, according to a study by the Center for Health Security at Johns Hopkins University, and more than 64,000 in a moderate outbreak.

New York City alone has said it needs an extra 15,000 ventilators, with Mayor Bill de Blasio tweeting at billionaire Elon Musk begging for his company to start making the medical devices — a sign of the desperation for the breathing machine crucial for combating a virus that targets lungs. New York state had more than 25,000 confirmed cases of the coronavirus as of Tuesday.

As hospitals prepare for a flood of patients that could overwhelm them, some are going to desperate lengths to find additional breathing machines. For example, a hospital in Spokane, Washington, borrowed a ventilator from a veterinary hospital in Portland, Oregon, 350 miles away, a spokesperson for the DoveLewis Emergency Animal Hospital said.

The stockpile was started in 1999 primarily to prepare for attacks against Americans using weapons of mass destruction. Once an obscure government initiative, it has been shoved into the spotlight as state officials and hospital administrators search for every available breathing machine ahead of the expected wave of hospitalizations as U.S. coronavirus cases crested 50,000 on Tuesday with no signs of slowing.

The ventilator shortage may be particularly dire in hospitals in rural and low-income areas. While there’s little data tracking the location of ventilators, the machines are expensive — costing around $25,000 for a basic model — and many small hospitals in remote areas are already under severe financial strain.

For example, Washington County in Kansas, home to 5,700 residents, has two hospitals — but no ventilators at all. The county in 2018 had a median household income of $48,889, more than 20 percent below the national average.

In severe cases of COVID-19, patients’ lives will depend on ventilators. The coronavirus can destroy the small air sacs in the lungs, preventing them from passing oxygen to the blood — suffocating patients from the inside. Ventilators take over for weak lungs, forcing air and oxygen into the body.

Without a ventilator, said Lisa Shultis, a respiratory therapist who teaches at Long Island University, patients would need someone pumping air into their lungs by hand, via a plastic manual resuscitator bag.

“You would have to be right there, squeezing that bag,” she said. “And how long can you do that? We really need these mechanical ventilators.”

Shultis is already training her students how to operate ventilators in the stockpile. On Monday, the National Guard transported her school’s 13 ventilators for use in the makeshift hospital set up inside New York City’s Javits Center.

While states have been turning to the federal government asking for the breathing machine, those familiar with the federal repository say there’s little that can be done.

“The reality is the stockpile could never have enough money to be the immediate fallback for everybody, and nobody does anything themselves,” said Greg Burel, who spent a dozen years until January as the director of the stockpile.

In 2009, amid growing fears about the H1N1 flu outbreak that would eventually claim more than 12,000 American lives, Congress pushed through $7.7 billion in special funding, including billions for the stockpile, and tasked Burel with preparing for “pandemic influenza,” a catchall term for a range of viruses that target the respiratory system.

At the time, the stockpile only had about 4,000 ventilators spread around a handful of secret warehouses, according to a report written by a Centers for Disease Control and Prevention researcher in 2008. The funds bolstered stockpiles of masks and other equipment that would help fight infectious disease outbreaks, although about a quarter of the supplies were immediately consumed on combating H1N1.

Burel said Congress never set aside funds specifically for pandemic influenza again. Working with a government oversight committee, he was forced to squeeze funds from other areas of the stockpile’s mission, including supplies for illnesses caused by a chemical, biological, radiological or nuclear weapon.

Every year, Burel would review a list of items the experts wanted to have in the $8 billion stockpile, and every year the $500 million to $600 million he’d receive from Congress would only cover about half of those items. That meant making tough choices about what to stock, he said.

When pressed, the experts running the stockpile moved to buy obscure pharmaceuticals likely to go out of production without a big government purchase. They left off items such as ventilators and masks, which sell to medical systems anyway.

The stockpile was meant as a bridge, with the expectation that hospitals would have their own backup supplies. But with funding tight, many hospital systems have moved to a “just in time” supply system where they maintain few reserves, Burel said.

Still, the totals of ventilators ticked up, to more than 8,000 in 2010 and eventually the 16,600 that are in the stockpile now, Amber Dukes, a health communications specialist who works in the stockpile’s operations branch at HHS, said in an email. Like many details of the stockpile, the total number of ventilators has been the subject of secrecy recently, as officials point to national security concerns over letting the public know the total figure.

“All of a sudden that number has become protected infrastructure information for some reason,” said Richard Branson, a respiratory therapist and professor at the University of Cincinnati Medical Center who has helped federal officials plan how to allocate stockpile resources in emergencies. Branson said he doesn’t think it’s really about national security, but rather officials trying to control media reports about the stockpile and manage public concerns about equipment shortages.

Problems beyond the numbers

One concern about the stockpile is that some machines have been sitting for years or, in some cases, decades.

Of the three models of ventilators currently in the stockpile, one hasn’t been manufactured since 2006, and the manufacturer stopped servicing the machines in 2011. A 2018 study jointly run by the CDC and the U.S. Food and Drug Administration found that, aside from some battery life concerns, the machines seemed to be functional, although the ventilators in the stockpile have suffered through another two years of deterioration.

While the nation’s medical system may have about 160,000 ventilators overall, many of them may already be in use. In Illinois, for example, there are 1,467 ventilators in the state, health officials told WGN-TV in Chicago, but 1,093 of them are already being used. That leaves only 374 available.

Burel and the experts who made the buying decisions for the stockpile knew that the total number of ventilators they had would never be enough for a major flu or coronavirus outbreak.

And even if the stockpile had hundreds of thousands more ventilators, hospitals may not have the staff to operate that many more. A 2015 study by federal government researchers concluded that only about 50,000 new people could safely be put on ventilators because of limitations in medical experts and ventilators. That number could be increased — if corners are cut, and doctors eschewed some normal precautions meant to prevent infections, among other complications.

That challenge could be especially difficult in rural hospitals.

Under normal circumstances, America’s smallest hospitals transfer their most severe patients to bigger urban hospitals with more resources. Many rural hospitals don’t have the staff and expertise and organizational setup to care for patients on ventilators for extended periods of time and then wean them off successfully, said David Wallace, a doctor who studies critical care medicine at the University of Pittsburgh.

“If we expect patients to remain in those locations, that’s going to put new stresses and strains on those hospitals,” he said. “Those challenges will create even more problems.”

If he were running a small, rural intensive care unit during this pandemic, Wallace said, he’d be “scared.”

Branson, the respiratory therapist at the University of Cincinnati Medical Center, took part in meetings with federal officials who wanted to more than double the stockpile’s inventory of ventilators.

To boost its stockpile, the government tapped Philips Respironics, awarding the division of the global electronics giant a $13.8 million contract in 2014 to develop a new model of ventilator for the stockpile. The contract included a $32.8 million option to buy 10,000 units of a new Advanced All Hazard Stockpile Ventilator, but Branson said the ventilators haven’t been manufactured. Dukes, the HHS official, listed three types of ventilators currently in the inventory, which did not include a Philips Respironics model.

Around the world, doctors are exploring ways to jury-rig ventilators to help more people. Shultis at Long Island University is teaching her students to keep two patients alive on a single ventilator.

An HHS spokesperson, Stephanie Bialek, said the agency could not list states that had requested ventilators, as those who manage the stockpile are “in the middle of an ongoing response.”

Even well-funded hospitals are desperate to find more machines.

In Baltimore, Johns Hopkins Hospital has a large stock of ventilators and has ordered more. But it still might also request some from the stockpile, said R. Scott Stephens, the doctor who manages an intensive care unit there.

“We are not counting on those, to be honest,” he said. “We’re trying to do all that we can ourselves.”

These charts show who’s most vulnerable to the coronavirus

The U.S. Department of Labor has rejected pressure to issue worker protections that nurses are demanding. The hospital industry wants it that way.

Why weren’t the new models created by Philips Respironics after they were awarded $13.8 billion in 2014 to do so? Whose responsibility for oversight?