Rep. James Clyburn, D-S.C., makes his opening remarks during a House Oversight and Reform Subcommittee on the Trump administrations response the the coronavirus crisis on Sept. 1, 2020. (Graeme Jennings/Pool via AP) 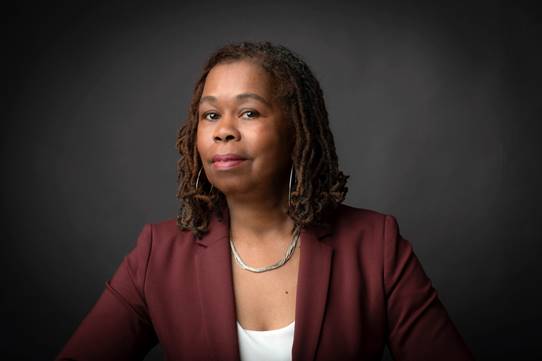 This is a news analysis from the Center for Public Integrity.

In a pandemic, government shouldn’t quarantine information. Yet half a year into the coronavirus crisis, information is a casualty of government secrecy.

As the virus cycles across the country in fits and starts, federal and state governments are stonewalling the release of potentially life-saving data to the public from the White House Coronavirus Task Force. As a result, in some states people are still debating whether we should wear a mask to Walmart, Safeway and Walgreens as the COVID-19 death toll marches toward 190,000.

In this pandemic, politics too often trumps public health, and denial trumps data. It falls to journalists to lift the quarantine on information and provide the antidote of data.

A month ago, the Center for Public Integrity obtained recommendations from the task force, which aren’t released to the public, and quickly shared them with news organizations across the country because the public needs to know what’s happening.

Thanks in part to this intense scrutiny and mounting clamor for more transparency, Rep. James Clyburn, chairman of the Select Subcommittee on the Coronavirus Crisis, on Aug. 31 released eight weeks of White House Coronavirus Task Force reports. “Rather than being straight with the American people and creating a national plan to fix the problem, the President and his enablers kept these alarming reports private while publicly downplaying the threat to millions of Americans,” said Clyburn, a South Carolina Democrat. “As a result of the President’s failures, more than 58,000 additional Americans have died since the Task Force first started issuing private warnings, and many of the Task Force’s recommendations still have not been implemented.”

Though copies of these reports have been released, there is no guarantee that any future ones will be made publicly available — not that those in power will heed the White House task force’s recommendations.

Oklahoma Gov. Kevin Stitt, a Republican, is at the center of a storm after it was reported that he didn’t reveal a recommendation, from more than a month ago, mandating masks and closing bars. Stitt just agreed to share the White House reports with the public on Aug. 21.  That includes the president of the state’s medical association, who was both surprised and disappointed.

According to an Aug. 19 task force call, Oklahoma was one of nine states in the “red zone” for coronavirus infections because it had more than 100 COVID-19 cases per 100,000 people.

It’s up to governors, who have access to the weekly updates, to share the information with state officials and residents. They could learn a lesson about open government.

The task force’s work has been conducted behind the velvet rope of the Trump administration. In July, Public Integrity was leaked an unpublished document prepared for the task force recommending that dozens of states renew strict measures to protect the health and safety of millions of Americans. The document suggested that 18 states limit social gatherings to 10 people or fewer, close bars and gyms and ask residents to wear masks at all times based on the number of cases and positive tests. (The numbers have since changed.)

Shortly after Public Integrity released the Kentucky report to local media there, the state Cabinet for Health and Family Services shared the document with the public. Like his Oklahoma counterpart, Kentucky Gov. Andy Beshear, a Democrat, was also questioned on why he allowed bars to reopen, which at the time was against White House recommendations. And in Georgia, shortly after a task force report criticized Republican Gov. Brian Kemp’s pandemic response, he decided to allow cities and counties to mandate mask requirements.

Transparency could save lives. It’s as simple as that. Ryan Panchadsaram, who runs the website CovidExitStrategy, which tracks how well states are fighting the virus, has filed a Freedom of Information Act lawsuit to request that task force reports be made public. The estimated date of resolution for the lawsuit? June 2023, Panchadsaram says.

The information can’t wait. Give the people the task force reports.

Susan Smith Richardson is CEO of the Center for Public Integrity, a nonprofit nonpartisan newsroom that reports on race, power and privilege.

Some of the task force’s recommendations weaken even as its reports show the pandemic is worsening.

HHS Protect, at the center of health agency clashes, was created after the CDC’s long struggle to modernize.