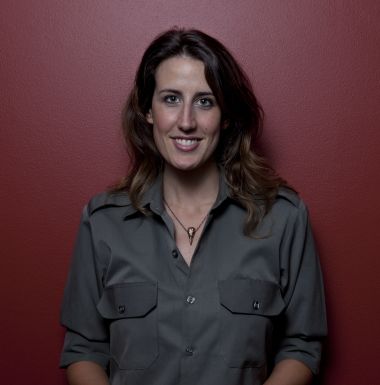 Eleven years ago, Congress created private Medicare Advantage health plans to help control health care spending on the elderly. The plans now cover nearly 16 million seniors at an estimated cost to taxpayers of more than $150 billion this year, but our latest investigation found that manipulation of a Medicare Advantage payment tool called a “risk score” is adding billions to the program’s cost. Our Multimedia Editor Eleanor Bell sat down with the project reporter Fred Schulte to talk about some of his findings.

Eleanor Bell: The government is wasting tens of billions of dollars by overpaying private health insurers that inflate how sick their patients are.

That’s the key finding of a new Center report by journalist Fred Schulte.

For more than a year, he’s been investigating Medicare Advantage, the government-backed alternative to Medicare for seniors run mostly by private companies.

At the heart of the story are allegations that some big insurers are ripping off the taxpayer and questions about why the government is doing so little to stop it.

The report finds that not only has Washington known about this for years, but it has records of who’s responsible and refuses to release them.

Now the Center for Public Integrity is suing to make those files public.

We’ll have more about that in a moment, but firstly Fred, let’s start from the beginning:

Medicare Advantage was introduced by Congress more than a decade ago to stabilize health care costs, has it been effective?

Fred Schulte: Well it’s been very effective for many patients. Witness the fact that it’s grown dramatically and now has over 16 million members in various Medicare Advantage plans. Many people like it because it costs them less out of pocket than the standard Medicare and so it’s expected to grow even further. So it’s a very effective program for many people.

What we were looking at was more the financial aspects of it — as to whether the payments are being made properly and whether some of the health plans are being overpaid and whether too much taxpayer money is going down the tube.

EB: And what did you find?

FS: Well we found that there’s considerable evidence that billions of dollars have in fact been improperly paid to these plans over the years and that’s the government’s own estimates.

EB: We’re actually talking about 70 billion dollars of improper payments across the board aren’t we?

FS: Well, the allegations revolve around how the government pays the programs and whether they’re paying them too much. The Medicare Advantage programs are paid under a very complicated formula in which they determine what they call a risk score which is supposed to pay higher rates for sicker patients and lower rates for the healthier people but what’s happened over the years is that the government’s had a difficult time keeping the risk scores from going up and some of the plans from being paid too much.

Every year they sample the enrollment of Medicare Advantage patients and they try to determine whether the patients actually have the diseases that the plans say they have, or if they’re as serious as the plans say they have. And they’ve typically found that in many cases the plans can’t justify that the patients are as sick as they say and they those call those improper payments and a good deal of that amount is an overpayment and those overpayments have come up to tens of billions of dollars over the last five years.

EB: Now you mention that these payments are calculated by a complex formula called a “risk score.” How does that work?

FS: Well it isn’t working so well actually. I mean it’s a very, very, complicated system. Normally Medicare pays on what’s called a “fee for service” system and that would be that every doctor bills for every service every time. With the Medicare Advantage there aren’t any bills, there’s just the establishment that a person has a certain illness and they’re paid based on having that illness … or not having an illness. It’s very difficult for the government to keep track.

EB: Say you have an enlarged prostate, would you know what your risk score is on the basis of having that particular illness?

FS: No, this is something that goes on completely behind the curtain. Patients have no idea what’s going on, and many people inside the healthcare industry don’t even claim to understand the complexities of the system. But it’s not something that patients would even know about.

EB: Some might say that we’re just talking about an ageing population that’s living longer and getting sicker. Is that the case here?

FS: Many people don’t believe that the Medicare Advantage is attracting the sicker patients than the Medicare population as a whole but that’s one of the things we’re trying to get our hands on.

EB: To a certain extent though, the government has been transparent. I mean it has released all this billing data.

FS: Right. They have recently released the Medicare billing data for doctors and a number of media outlets have been doing stories about how doctors are being paid. But what they have not released is the Medicare Advantage data. I mean this is the billing data the government doesn’t want you to see. And that’s why we want people to be able to see it.

EB: Is this why you’re suing?

FS: Well that’s one of the reasons. We’re asking not only for that; we’re asking for the names of companies, and big insurance companies that have been billing and how they’ve been billing and who’s been found to have overbilled. And we think that that information ought to be available to taxpayers. The government has said that they were, their main reason for not releasing doctors’ specific billing data, over the years, has been privacy reasons: that they didn’t want to invade the privacy of a doctor. But when you’re talking about huge insurance companies we don’t see how that, how there should be any privacy there.

EB: And we’re not sure that they’re not doing their own investigation into these companies at the moment?

FS: Well no. Because the program is like a black box and there’s no way for anyone to get any insight into how they’re running the program because when you ask them questions they refuse to answer. We’ve tried repeatedly to get interviews with CMS officials. We tried to submit questions to them in writing and it’s just a total stonewall. And we think that when you’re running 150 billion dollar program that uses taxpayers’ money, that there should be some accountability.

Home is where the money is for Medicare Advantage plans

Feds wanted to ban costly ‘house calls,’ but backed off due to lobbying blitz

Health insurers have their way with regulators