A farmworker at Lipman Produce picks a second harvest of tomato plants in Naples, Florida, in 2017. There are 47,000 farms in Florida, making up a more-than-$7 billion industry, yet farmworkers remain invisible and among the most vulnerable populations in Florida at risk of illness from constant exposure to heat. (AP Photo/Wilfredo Lee) 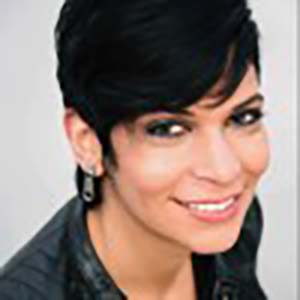 This story was published in partnership with Orlando Sentinel and Columbia Journalism Investigations.

For more than two decades now, Jeannie Economos has been advocating for farmworkers’ health. Pesticide exposure was her first focus. But for half that time, she’s also zeroed in on deadly heat.

“It gets hotter every summer,” said Economos, coordinator of pesticide safety and environmental health at Farmworker Association of Florida. “This past summer was one of the hottest on the record and the number of hot days are getting more and more every year.”

There are 47,000 farms in Florida, making up a more-than-$7 billion industry, yet farmworkers remain invisible and are among the most vulnerable to illness from constant exposure to heat. Some who have not acclimated to Florida’s hot summer days are at risk of acute heat illnesses like heat stroke. Others face dangers because of chronic dehydration that can eventually lead to irreversible diseases like kidney failure.

Although winter has arrived in Florida, the warming planet will continue to make summers hotter and more deadly. Temperatures are not only hotter in Florida today but there are more extreme heat days lasting longer.

Heat sickens when the body can’t effectively cool itself. Left untreated, this unhealthy rise in internal body temperature can lead to organ damage and in extreme cases, death.

“We definitely have to start acting now, and especially for the children,” said Dr. Cheryl Holder, a primary care physician and co-chair of Florida Clinicians for Climate Action. “The children are going to pay the biggest price, because physiologically they really cannot handle heat.”

The full scope of heat-related illnesses in Florida, or nationwide for that matter, is unclear.

“Academic literature has been pretty convincing that heat-related deaths and illnesses are notably much more common than are being reported. So I think our metrics are incomplete,” said Chris Uejio, an assistant professor at Florida State University and co-author of the Centers for Disease Control and Prevention’s Building Resilience Against Climate Effects (BRACE) Framework.

For one, heat-related illnesses are not a reportable condition at the state or federal level, unlike food-borne illnesses, lead poisoning or measles.

Also, when patients seek care due to less obvious effects of chronic heat exposure, doctors may not assign them one of the few health illness medical codes that can help researchers track the extent of the problem.

“If a farmworker comes in and their kidney function suddenly declines and they have high blood pressure, the connection may not be made because they didn’t come in with symptoms like heat exhaustion, heat rash or heat stroke,” said Holder, interim associate dean for diversity, equity, inclusivity and community initiative at Herbert Wertheim College of Medicine at Florida International University.

There’s a general lack of awareness in the medical community about heat’s wide-ranging impact on health.

“The medical community is not doing the linking,” Holder said. “Doctors don’t ask if the elderly person lives in a manufactured home that was overheated.”

Complicating the matter: No one area of Florida is more prone to — or immune from — heat illnesses than another, although lower-income communities tend to be at higher risk, according to a ZIP-code-level analysis of federal data by Columbia Journalism Investigations and the Center for Public Integrity. The data, never before made public at the ZIP code level, also shows higher heat-related illnesses in more rural areas.

In Florida, ZIP code 34950 in Fort Pierce in St. Lucie County has the highest rate of heat illnesses. The area is about 17% white, non-rural and low income. In contrast, ZIP code 33982 in Punta Gorda in Charlotte County, which has the second highest heat illness rate, is 87% white, less populated, with a median household income of $47,000, almost twice that of Fort Pierce.

Two ZIP codes in Polk County — in Lakeland and Fort Meade — have the fifth- and sixth-highest heat illness rates in the states. In those areas, about half the population is white and the median income is below the state average of $60,000. But one is more rural than the other.

Meanwhile, the two main ZIP codes that make up The Villages retirement community are much further down the list, with heat illness rates at or below the state average, highlighting the role that income and access to air conditioning plays in heat-related illnesses among the elderly.

“It’s usually seniors who live alone and don’t have access to a support system,” said Holder. “And the poorer you are, the worse housing conditions you live under.”

In Central Florida — among Lake, Orange, Osceola and Seminole counties — Tavares, Eustis, Mount Dora and Leesburg in Lake County have the highest rates of heat illness per capita at about two to three times the state average. Apopka in Orange County, where several farms are located, has the fifth-highest heat illness rate in the region, followed by Sanford in Seminole County.

To be sure, the heat illness rates in Central Florida counties are half that of Fort Pierce, which has the highest per capita rate in the state.

In 2016, Holder, who cares for uninsured patients at a clinic at Jackson Memorial Hospital in Miami, started noticing that her patients couldn’t pay their power bill in the summer. It was so hot at night, they couldn’t sleep. That worsened their other health conditions.

“I started seeing some of the kidney changes,” said Holder. “And between 2016 and 2018, we had more and more hot days and I saw the kidneys declining more in outdoor workers.”

Temperatures are rising across the globe and the number of extreme heat days is increasing. Florida currently has an average of 25 dangerous heat days, when the temperatures reach 103 degrees Fahrenheit or more, each year. By 2050, it is projected to see 130 such days each year, more than any other state, according to Climate Central.

Between 2005 to 2019, 37 counties have seen a statistically significant increase in heat-related illness emergency room visits, according to Florida Department of Health data. No counties had a significant decrease in such ER visits.

Economos and her team work to educate farmworkers about heat illnesses and how to prevent them. They’ve conducted studies in collaboration with Emory University to show the chronic impact of heat exposure on farmworkers’ health and the possible correlation with kidney failure. They’ve pushed for legislation to give more protection to this invisible, yet essential group, but no bills have made it beyond committees.

“At a minimum, what we’re asking for in legislation is plenty of drinking water and access to it. Plenty of breaks to drink water. Access to shade. And rest breaks,” said Economos.

There has been incremental progress for other at-risk groups — mostly after tragedies.

In June, Florida passed the Zachary Martin Act, after the Fort Myers Riverdale High football player died of heatstroke in 2017. The law now requires schools to have cooling tubs to lower the body temperature of athletes in crisis.

And after Hurricane Irma in 2017, the state began requiring nursing homes to have generators that can keep the temperature at 81 degrees for 96 hours after a power outage.

In the meantime, advocates like Economos and Holder push for more awareness and change, because the planet continues to get hotter.

“And it’s only going to get worse. So that’s why we’re sounding the alarm,” said Holder.

Health workers see Vibrio as a rare danger, if they’ve heard of it at all. But it’s already causing more cases of flesh-eating disease. And it’s poised to get worse.