Proposed new emissions regulations are under attack from GOP and industry 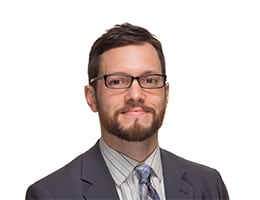 In the face of opposition from industry and Republicans, the Environmental Protection Agency is attempting to reduce harmful emissions from coal-fired power plants that studies have linked to illnesses and tens of thousands of premature deaths every year. Two recently released reports from environmental and public health groups highlight the risks posed by the current lack of regulation and the benefits of standards for both particulate matter and mercury.

The Center for Public Integrity’s iWatch News has been detailing the threats that pollution from power plants and other large emitters pose to human health in its Poisoned Places series. Nearly 200 dangerous chemicals known as air toxics were targeted for EPA regulation in 1990, but industrial polluters have largely avoided new controls due to politics, business resistance, legal maneuvering, bureaucratic dawdling and limited state and federal resources.

After years of delay, the EPA has promised to finalize its first-ever mercury and air toxics standard for power plants by Dec. 16. The agency hasn’t proposed any update of its existing particulate matter regulations.

Coal plants are a major source of particulate matter, more commonly known as soot. Microscopic soot particles, too small to trigger defense mechanisms like sneezing or coughing, can get lodged deep within lungs, where they exacerbate potentially deadly respiratory and cardiovascular problems.

Tighter restrictions on particulate matter than the range of recommendations made by the EPA could annually save 35,700 lives and benefit the economy to the tune of $281 billion, according to a report released last week by the environmental organizations Earthjustice and the Clean Air Task Force, along with the American Lung Association, a public health advocacy group. The strictest possible standard recommended by EPA scientists would only prevent 27,300 premature deaths and boost the economy by $214 billion per year, according to the study.

Another dangerous chemical released during coal combustion is mercury, a potent neurotoxin linked to decreased motors skills and lower IQs. Power plants are the source of two-thirds of all airborne mercury in the U.S., more than any other industrial source, according to a study published last Thursday by Environment America, an advocacy group spun off from the Public Interest Research Group in 2007. Implementing the power plant mercury and air toxics limit proposed by the EPA in March could provide as much as $140 billion in annual economic benefits, the report said.

Despite the health and economic benefits of regulating mercury, soot and air toxics, Republicans and their industry supporters are fighting hard against additional emissions regulations, arguing they would force coal-fired power plants and many other industrial facilities to introduce costly new pollution control technologies that they say would kill jobs.

The party’s anti-regulatory agenda was outlined by House Majority Leader Eric Cantor, R- Va., in an Aug. 29 note to his GOP colleagues. “By pursuing a steady repeal of job-destroying regulations, we can help lift the cloud of uncertainty hanging over small and large employers alike, empowering them to hire more workers,” Cantor wrote in his Memo on Upcoming Jobs Agenda.

In recent months, the House has begun pushing forward laws that would limit the EPA’s ability to reduce soot and mercury pollution. The TRAIN Act, which stands for Transparency in Regulatory Analysis of Impacts on the Nation Act, passed the lower chamber in September. It would block the pending mercury rule and force other EPA rules to undergo economic analyses by a Congressional committee. A bill that would delay any new clean air standard – the Regulatory Time-Out Act – was also introduced to the Senate during the same month.

Environment America is hoping its study of America’s most polluting coal-fired power plants will help the new mercury and air toxics rule to get enacted.

“EPA’s proposed mercury standard will protect children and families from a known poison,” said Lauren Randall, a clean air associate at the advocacy group, in a statement. “Our Senators should stand up for American families by supporting EPA’s much-needed standard, and oppose efforts by polluters and their allies in Congress to delay or block EPA’s efforts.”

While the group’s report found that some states like Texas, home to six of the top 10 biggest mercury-polluting power plants in the country, shoulder much of the burden, the entire U.S. is affected by these emissions. For example, all 50 states currently have advisories warning women and children not to eat local fish due to mercury contamination.

“As a public health physician, I welcome the new EPA mercury and air toxics rule,” added Dr. Walter Tsou, the former president of the American Public Health Association. “Mercury pollution that spews from power plants eventually pollutes our waterways and fish, and ends up poisoning people and significantly impairing the developing brains of children. We need to stop this at the source.”

While the EPA already has a soot standard, it has not been updated in more than a decade. A broad coalition of health, conservation, and environmental groups as well as 10 state attorneys general filed suit last Wednesday to force the EPA to update its particulate matter regulations based on the latest science available by September 12, 2012. The agency failed to complete a five-year review of the soot rule due in October.

“It’s unfortunate that we need to seek a court order to force the EPA to strengthen these critical air quality standards,” said David Baron, attorney for Earthjustice, in a statement announcing the suit and report. “EPA’s delay is inexcusable when people’s lives are at stake.”

A statement from EPA did not address particulate regulations, but reaffirmed the agency’s intent to finalize a new mercury and air toxics standard by Dec. 16. The statement conceded that federal standards on toxic power plant pollution are “decades overdue,” but said the agency had “made progress gathering and considering the latest and best health science as part of its review.” The statement further asserted that EPA had taken “unprecedented steps to solicit public feedback on these vital standards,” which resulted in 900,000 comments.

President Obama strongly defended his record on air pollution earlier this year. “I reject the argument that says for the economy to grow, we have to roll back … rules that keep our kids from being exposed to mercury,” he said during a September speech to a joint session of Congress. “We shouldn’t be in a race to the bottom, where we try to offer the cheapest labor and the worst pollution standards.”

But the same month, Obama surprised environmentalists when he asked the EPA to withdraw its proposed standard for smog-causing ozone, citing “the importance of reducing regulatory burdens” and relieving businesses of “needless uncertainty” in a struggling economy. The updated ozone rule, which the EPA estimated could have saved 4,300 lives a year and produced economic benefits of $31 billion, was the least stringent recommended by scientists to protect public health.

Earthjustice and a coalition of other environmental and public health groups also filed suit against the EPA over its ozone decision earlier this month.

As Congress tries to wrest control from agencies, questions on safety and health for citizens